Early on in my hyperbaric career I remember having heated debates with other technicians over which hyperbaric chamber was the best; Multiplace vs Monoplace, oh the arguments we would have, like kids on the playground that argue Ferrari vs Lamborghini, it never failed, one kid would always throw Delorean into the debate. Well children, topical oxygen chambers for extremities has entered the ring.

My day usually starts with a cup of coffee, and a review of the Federal Registry. (the best way to start your day) Well, a few days ago, I came across Document Number: 2011-9899 “Medical Devices; Reclassification of the Topical Oxygen Chamber for Extremities.” Lets me just say, I would have posted this story sooner but the coffee that shot out of my mouth, almost ruined my computer. The news was was like a Delorean pulling up to the school yard.

The Code of Federal Regulation identifies topical oxygen chambers for extremity (TOCE) as; a device intended to surround hermetically a patient’s limb and apply humidified oxygen topically at a pressure slightly greater than atmospheric pressure to aid healing of chronic skin ulcers or bed sores. As of recently, any device that performed the above function was scheduled as a Class III device, the most stringent of regulation for market approval by the FDA.

With the FDA’s final rule posted after May 25, 2011 TOCE devices will be able to enter the market with a bit more easy, Document Number: 2011-9899 will specifically reclassify TOCE from class III (premarket approval) to class II (special controls).

How did the FDA come to the decision to change the class of TOCE devices? Well from what I read it was quite a journey for a few companies, but so far they have been able to prove their case for wound healing and safety.

“Since the 1998 General and Plastic Surgery Devices Panel review, three studies (two prospective and one retrospective) reported safe use and adequate healing of wounds using the TOCE. In addition, FDA has evaluated more than 20 years of clinical experience with the device and the agency’s Medical Device Reports, and has found sufficient information to determine the risks to health associated with the use of this device and develop appropriate special controls.” FDA

So what does the future hold for TOCE? Companies that are supporting the development and use of such technology still have a ways to go before they see their way to the market. If such technology becomes reimbursed by medicare, TOCE could be as common as vacuum assisted technology, silver dressing, bioengineered skin substitutes and may even give hyperbaric oxygen a run for its money.

What can I say compared to Ferrari and Lamborghini the Delorean is still a cool car.

Written By: Kurt A. Arisohn 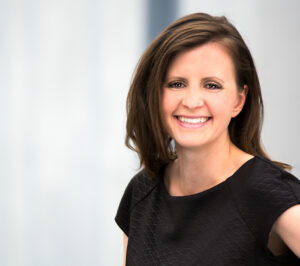