A big part of my job involves reaching out to C-suite executives at hospitals around the country and asking about their wound care programs. They often tell me that their wound care service line isn’t where it should be, but they’re contractually obligated to their management company and it would be difficult to make changes.

If any of these situations apply to you, it’s likely that your wound care management company just isn’t that into you:

1. You feel like you’re not being heard and your needs aren’t being met.
Your wound care management company isn’t responding to you in a timely manner. They aren’t meeting deadlines or returning your calls when requests are made. One hospital COO said he was forced to give a “to do” list to his management company because they just weren’t doing the job well. A “to do” list? Wow. If you have to give a company YOU are paying hundreds of thousands of dollars a list of “to do” items, then something isn’t working.

2. Your wound center has a contract that keeps you stuck in a bad relationship.
Have you ever read through a contract and felt confused because it’s so lengthy and complicated? Some contracts include information about automatic upgrades or extensions for a longer period of time than initially discussed, which can extend the agreement for an additional 12 to 36 months. The words hospital executives often use when they describe this scenario: “snookered,” “strong-armed,” “bullied,” or “they point the finger and make you feel like it’s your fault.”

We often hear that an existing contract quickly – and quietly – auto-renews before the hospital has a chance to review it. As a general rule, proposals should be submitted to a hospital well ahead of a contract deadline so they have time to review, discuss, and decide whether or not to pursue a new or continued partnership.

3. You have no control. You feel powerless in the relationship.
It is unfortunate when a hospital signs a contract with a company that’s supposed to be supporting them, only to find that they’ve lost control of their own destiny. Once a client relinquishes operations to another company, they can put up barriers that make it difficult to regain control.

Sometimes when management companies end a contract, it can feel like a divorce, and the hospital loses the house. At some point, you have to ask, “Is this the kind of partnership we want?”

Check out the Six Rules we work and live by and see why I’m proud to say that I work for a company that doesn’t operate this way. A good wound care management company provides its partners with ALL the tools and support they need to run their center, with terms that work for both parties. Hospitals should be given the opportunity to make sound decisions without feeling trapped, rushed, blindsided, or strong-armed.

So remember: If you get the feeling that your wound care management company isn’t that into you, you’re probably right. It may be time for a change. 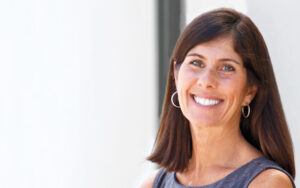