According to most estimates, the rate of denials for hyperbaric oxygen therapy (HBO) services currently ranges from 40-80% of claims.* That’s a staggering range, and most of it is due to improper documentation. Even Medicare Administrative Contractors (MAC), historically uninvolved with prior authorizations, now conduct prepayment review audits.

Although Noridian Healthcare Solutions LLC, Novitas Solutions Inc., and WPS have all announced prepayment service-specific/targeted medical reviews, Palmetto GBA has been the most transparent in publishing results, and they are not good. The error rate averages more than 60% – and goes as high as 100%. Again: staggering!

Just as clinicians and hospitals will continue to undergo fraud audits, MACs will continue their efforts toward cost containment and the prevention of waste, fraud, and abuse in Medicare and Medicaid programs. As a result, Medicare audits and denials will dramatically increase the documentation requirements for HBO – and everything associated with wound care.

Here are the top five pitfalls that should be on your radar in terms of HBO documentation:

According to the National Coverage Determination (NCD) for Hyperbaric Oxygen (HBO) Therapy (20.29), documentation must address the “optimization of nutritional status and optimization of glucose control,” which CMS considers part of standard wound care. This information will continue to be scrutinized by payers and will become more of a legitimate issue in terms of denials. Do not limit nutritional status in the physician’s documentation to a three-word sentence, (i.e., “nutrition is good”). A two- or three-sentence phrase is much more appropriate. In regard to  “optimization of nutritional status,” the documentation should indicate how the situation is being addressed, how the patient is being advised on various foods to eat to help with wound healing, etc.

Even though the NCD does not specifically address treatment plan or plan of care (POC) requirements, each claim submitted to insurance payers should include a history of the condition, failed treatments, current condition of the wound or area being treated, expected outcomes of HBO therapy (measurable goals), progress or lack of, and the beneficiary’s response to HBO treatment. This is evident in the results from the prepayment reviews performed by Palmetto GBA set in North Carolina, South Carolina, Virginia, and West Virginia.

Treatment goals should be individualized to the beneficiary’s condition and contain the outcomes of HBO treatment. It’s OK for documentation to include nursing or the HBO tech’s goals, such as vital signs, monitoring for anxiety while in the chamber, oxygen toxicity, etc., but it’s important to note that these goals are separate, i.e., not directed toward wound care or HBO outcomes.

At a minimum, the POC should include the diagnosis, measurable outcomes, type, amount, duration and frequency of the specific therapy service.

Microvascular damage likely due to extensive trauma/surgeries. HBOT is warranted for increased tissue oxygen tension that will promote neovascularization, mobilization of immune cells and improved wound healing. The beneficiary has no contraindication to HBO. Transcutaneous oxygen values are consistent with local tissue hypoxia as a component of the failure to heal. I recommend treatment will consist of 2.0 ATA for 110 minutes 5 days a week for 40 treatments as the beneficiary may require less, depending on clinical response.”

Clinicians need to ensure that the following information is included within the documentation prior to the start of HBO as treatment of Osteoradionecrosis and Soft Tissue Radiation Injury (Radionecrosis):

An important area that MAC’s (Medicare Administrative Contractors) are starting to look for within the patient’s medical records is a detailed and concise summary regarding the “recommendation for HBO” prior to treatment.

During their review, they will look for this summary to include, at a minimum, the following: history of the wound, failed treatments, and current conditions of the unresponsive wound for at least 30 consecutive days. In addition, the summary should also include any other important clinical information that has taken place over the course of wound treatment, especially the past 4-6 weeks to support the medical necessity for HBO.

Furthermore, once a patient has started HBO, it crucial that the treating physician provides sufficient, documented wound progression to justify the continuation of HBO therapy (every 30 days). This should include the physician’s documentation of progress, as well as reassessments of the HBO treatment plan.

It’s been said before, but it’s worth repeating: a lack of proper documentation can greatly affect meeting the coding requirements for wound care services.

The following scenarios are some common themes that have been brought to light through the Office of Inspector General (OIG) research, pre-authorization denials, and pre-payment reviews:

In conclusion, proper documentation takes time, but it can keep your revenue cycle flowing. It’s worth taking extra steps to ensure that your coding is specific and appropriate in order to attain: ICD-10 implementation success, optimal reimbursement, compliance with all regulatory and reporting requirements, and, most importantly, providing an accurate reflection of the level of care provided. 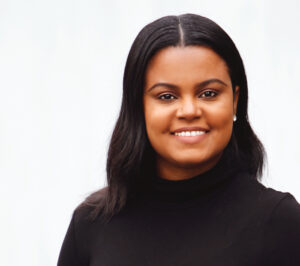