On March 26, 2021, Vaughn Schnakenberg made a few final adjustments on the ‘76 Corvette he’d lovingly restored for his wife and took it out for a test drive. Minutes later, a drunk driver traveling at a high rate of speed broadsided him, smashing the windshield and sending the hood flying off its hinges. Mr. Schnakenberg was ejected from the driver’s seat and landed on top of the car’s flaming engine, suffering major burns to his right arm and hand.

“I woke up in a hospital room not knowing where I was or what had happened,” said Schnakenberg, guitarist and lead singer/creator of local AC/DC tribute band Thunderstruck. “The doctors told me I’d been in a terrible accident and needed several surgeries including a possible amputation of my right hand. As a guitar player, that was very hard to hear.”

After extensive evaluation and testing, Mr. Schnakenberg was diagnosed with a broken back, grade 6 concussion, and severe burn injuries on his right arm and hand. He would require hospitalization for several months for treatment and rehabilitation.

“My hand was charred black and I had burns up to my shoulder,” said Schnakenberg. “Every time I heard the word ‘amputation’ I had a visceral reaction. I wanted to do anything I could to avoid it.”

Because the wounds on his hand weren’t healing properly, he was referred to the Center for Wound Care at Placentia-Linda Hospital led by Medical Director and wound care expert John Gambol, M.D.

“As soon as I met Dr. Gambol and the team, I immediately liked them because they got right down to business and it was all about fixing my hand,” Mr. Schnakenberg said. “I was so relieved when Dr. Gambol said it could be saved with proper treatment. I wanted to get back out and play with my band as soon as possible.”

“Hyperbaric oxygen therapy is a tremendous commitment on the part of patients and their families because they must come into the clinic every day for several weeks,” said Dr. Gambol. “Mr. Schnakenberg was an exceptional patient because he showed up for every session with a positive attitude and he was bound and determined to help himself heal.”

The wound care team at Placentia-Linda Hospital was so impressed with Schnakenberg’s commitment to healing that he is being honored with the hospital’s first Wound Care Hero Award.

“After 60 sessions, his hand is healing nicely and we’re happy to help him get back on stage,” said Dr. Gambol. “We are consulting with a hand surgeon to take a look at some scar tissue build-up but overall he’s doing incredibly well.”

“I’m very honored to receive the Wound Care Hero Award and thrilled to be able to get out and perform again,” said Mr. Schnakenberg. “We’ve had three gigs already and it’s going very well. I’ll always be grateful to the wound care team at Placentia-Linda Hospital.” 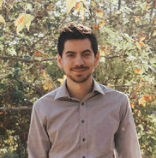